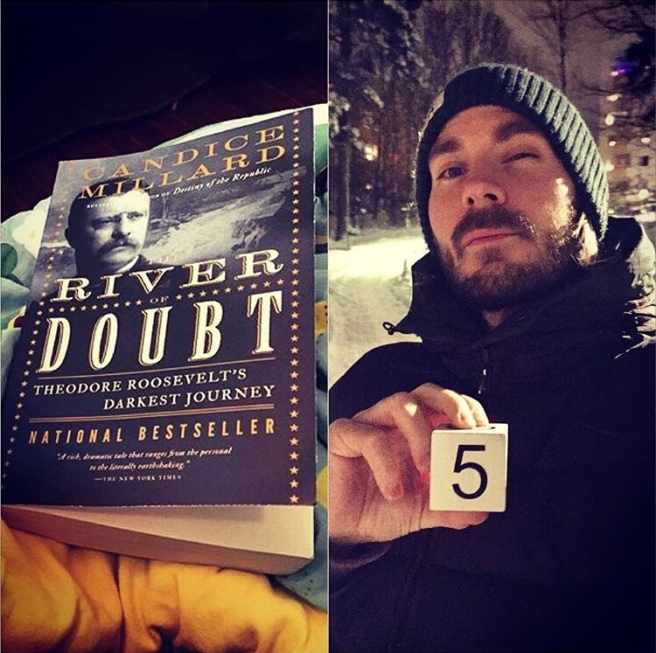 In 1912 Theodore Roosevelt was shot in the chest by some crazy saloonkeeper on his way to deliver a speech on his third term election campaign. The bullet was slowed by his spectacle case and speech manuscript in his inner pocket, which kept it from reaching his lungs or heart. With blood dripping from his shirt and the bullet hole clearly visible through his notes he spoke the now famous line,

“It takes more than that to

Kill a bull moose!”, before delivering a 90 minute speech I front of a awestruck crowd. Not long after that he suffered a great defeat in the president election. Defeat was never easy for Theodore.

He took to physical exhaustion and the wilderness to think sharp, fight depression and recover from loss. Roosevelt was not getting younger and wanted a last big adventure.

Together with Brazilian explorer Rondon he set out to an extraordinary journey to map an uncharted river in the most inhospitable parts of the amazon rainforests. It was going in to be a rough ride. Even for a “rough rider”.

This book reads like fiction and I’m ones again amazed by Theodore Roosevelt’s character.

Im also amazed by the Amazons, but I don’t want to set my foot there myself. Hearing about penis entering fishes, malaria, the skull crushing fall of the Brazil nuts from their trees and cannibalistic tribes (maybe not so much anymore..) make me suffice with reading about it.

On a side note: TD brought “Meditations” by Marcus Aurelius on the expedition. He said he took great comfort in reading it during the worst parts of the journey. Great packing advice for dangerous adventures. 😀

“The River of Doubt” by Candice Millard (Get Book)