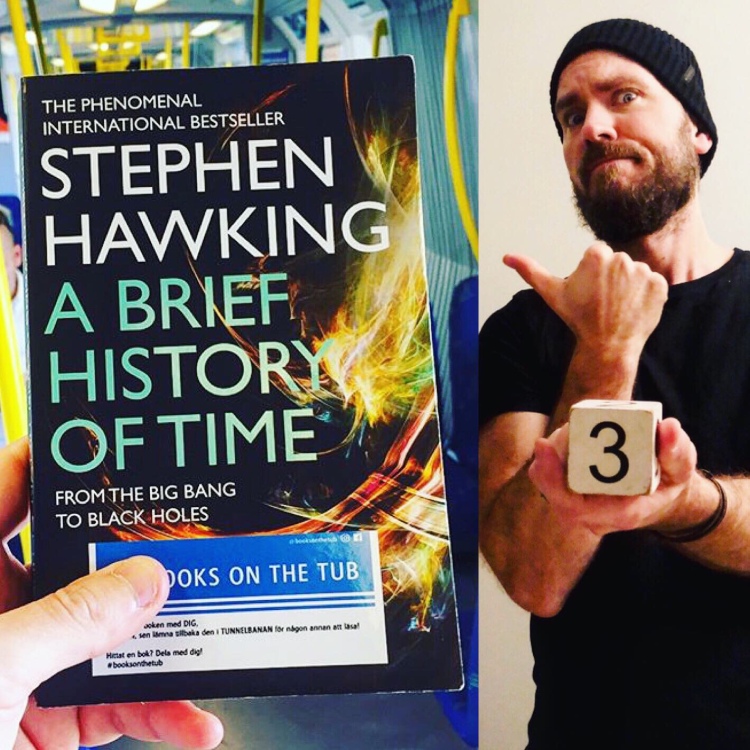 Time travel, the beginning of the universe, wormholes and string theory. Considering the complexity of some of these topics it is strange that the book has become an international bestseller. Though, I read somewhere that it is one of the most gifted books; but also the least read.

📝 Children dare to ask questions adults don’t: “Why do we remember the past and not the future.” 👶 Be more like a child.

📝 “The increase of disorder or entropy is what distinguishes the past from the future, giving a direction to time.” 🕰

📝 “There could be whole antiworlds and antipeople made out of antiparticles.” My mother used to say that I shouldn’t be so “anti” everything to me when I was a teen. I guess I was one of the antipeople Hawkingtaled about. 👩🏽‍🎤

However, if you meet your antiself, don’t shake hands! You would both vanish in a great flash of light.

✅ TO DO LIST FOR MANKIND: Come up with a complete and consistent theory that combines quantum mechanics and gravity.

⭐️ Most fascinating to me was to learn about the Event Horizon, which is the boundaries of a Black Hole, and Thermodynamic Arrow of Time.

I have read it twice now and it was actually harder to follow the second time. Probably because I did it on audio and the complicated ideas—at least for my limited understanding—made more sense when they where accompanied by pictures, graphs and illustrations. It think there are more accessible books on the topic that N00bs like me should prioritize. The book is too much at times.

What your favorite book in the genre⁉️

(For me it’s probably Deep Simplicity, a fantastic book about what happens at the edge of chaos. Check it out!)

For more more great reads and insights–check out the Reading Lists.