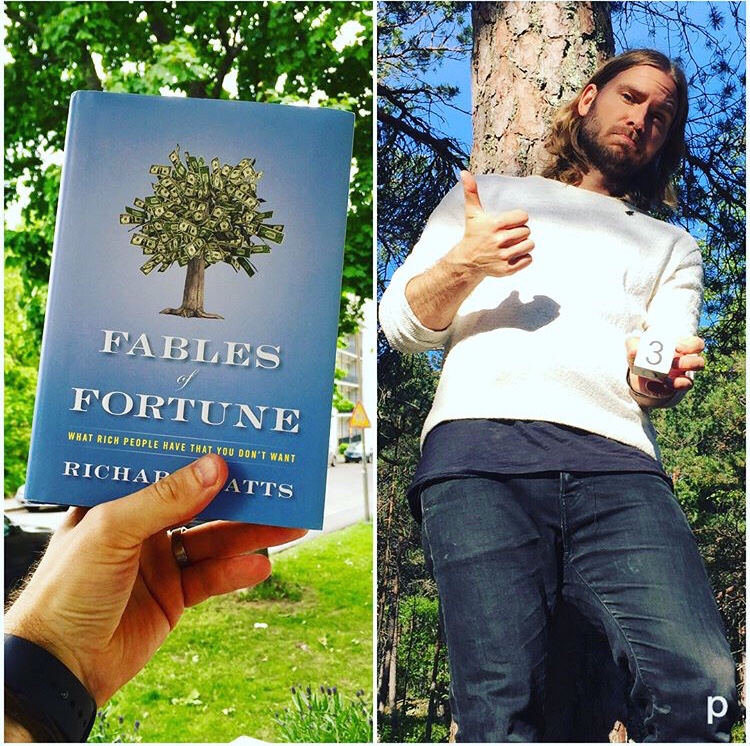 “Fable of Fortune – What rich people have that you don’t want.”

Richard Watts has worked as a legal counsel for the super rich for many years. In his book he shares stories for this hidden world, showing that it might not be all roses after all.

This is not a psychological study of the wealthy as much as it’s a collection of stories of the often sad faiths of the super rich.

Who are the super rich? Forbes draws the line when you have a net worth of over 30 mil. That’s not the super rich Watts talks about. He is talking about people worth over a $100 million, the people that never ever have to ask themselves, “Can I afford this?”.

📝 Before Petrov became rich, he was a man of simple means and: “He worked most of his life to get ahead, and in doing so he unintentionally made several generations of Petrovs unhappy, caused divorces, fostered broken relationships between siblings, and left his wife to die frustrated and unappreciated.”

📝 “Wealth is like snorting cocaine. It seems fun and exciting at first; the rush is addictive. But eventually you can’t recognize when you are high; you become aware of the drug only when you don’t have it. Each time you need a little bit more to feel the same ecstasy”.

📝 the 1st generation of wealth is usually hardworking and focused. The 2nd entitled. The 3rd generation stands no chance, they have no sense of value of wealth. They have no connection to the sacrifices that made their lifestyles possible.

⭐️ TAKEAWAY: “The wealthiest person is not who has the most, but who needs the least.”

The book is quick read and it’s hard to put it down because it’s told through absurd and often sad stories about the lives of the haves. But it’s lacks in depth and nuance, and has a uncomfortable tabloid feel to it as you get to indulge in divorce, greed and misfortunes of the rich and famous.