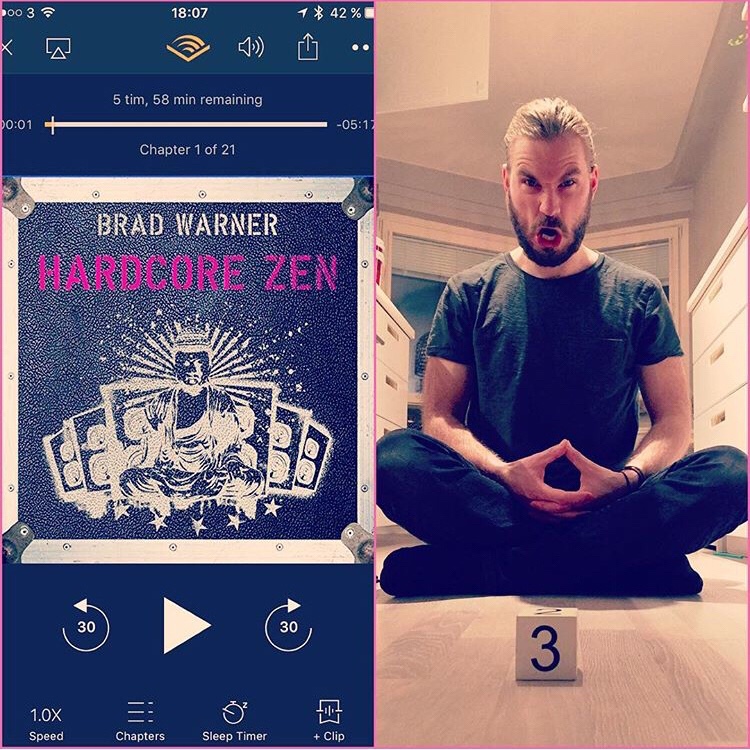 Brad Warner is punk rocker turned Zen master. He is “controversial” because he is not part of either of the two dominating fractions of Zen in the west; the overly intellectualized one or the woo-woo New age version. ——————————————

He wants to make Zen available and practical for to regular people with normal lives and jobs. Not having rules for the sake of rules. In the end, zen is all about silent sitting. No more, no less.

When his publisher was slow to take action on turning the book into and audiobook, he recorded the it himself with GarageBand in his kitchen.

This recording style definitively adds to the punk vibe. Cats interrupting the recording by walking on the laptop keyboard is quite charming. The book being a bit unstructured is also punk, but it makes the message less powerful and takes away more than it adds.

The book also has autobiographical parts about his bands and how he got is dream job. To work with Japanese monster movies. He realizied that reaching that goal didn’t made him happier and deepened his journey into zen. ——————————————

📝 “You may find that having is not as pleasing a thing as wanting. This is not logical but it is often true” – Mr spook

📝 The origin of suffering is desire

📝 Instead of accepting reality for what it is, we often compare reality to our ideal version of it. Suffering comes from the comparison between our ideal and what is.

📝 The most poisonous lie that religion spreads is that truly moral people never have immoral thought. The truth is that they have. They just only act on the moral ones.

📝 Reaction to anger is a habit. It takes more energy resisting than to go with it.

📝 Do what you do as well as you can. How you approach thing matters.